What are Super Mario bros?

Super Mario bros is a platform video game that was developed by a Nintendo and the composer of the game is Koji Kondo. This game can be played on the various platforms that include Android, Wii, Nintendo entertainment systems, Nintendo 3DS, Game Boy Advance, Game Boy, Arcade game, GameCube, Game & Watch, and so on.

Transformations of the playable characters: 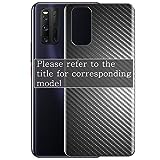 Elements in the Super Mario Bros:

If we capture the elements in the super Mario bros game, we can gain more points. For example, if the player captures coin, the player will get 200 points. The player collects 100 coins; he/she get an extra life.

If the players capture super mushroom, they can get 1000 points and it gives super form to the Mario.

If you capture the fire flower, you can get 1000 points and at the same time, you can get the power to shoot fireballs.

The superstar is something different. If we capture the superstar, it gives invincibility for a moment.