Season 10 of Fortnite has finally arrived and with it came some of the biggest changes I’ve seen yet.  From new locations and action-packed missions, season 10 has done everything but disappoint.

The PVP battles have intensified and will be more challenging for players so if you want to get better at playing Fortnite you’ll need to learn some new Fortnite pro tips and tricks to gain a competitive edge (for game-changing tips, scroll down below).

XP, and exclusive cosmetic collectibles to the all-new, overpowered and controversial 2-person vehicle dubbed the “B.R.U.T.E” (which has some players wondering if a nerf is already in the making).

“Season X”, the official name, has become one of the most anticipated Epic-released seasons to date.

Rift Zones (teased about in Season 9) and new map locations were highly welcomed updates among Fortnite enthusiasts that have been begging Epic (The developer of Fortnite) to release new map sites.

The Vaulted Weapons were also updated and now include:

While there’s much more I could cover on Season 10, I’ll save that for another guide.

With that said, let’s move on to my top-3 pro tips for Fortnite, encompassing techniques and strategies for becoming a Fortnite-dominating pro. 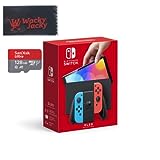 First up in our Season 10 Fortnite Xbox tips list is to strategize your drop-point location when beginning a new round. The beginning of each round is an important one; it’s the stage of the game where you choose your spawn point.

Select a promising position to drop to from the Bus to gain an immediate competitive advantage over other players that may not choose an ideal route.

Skydiving to buildings is best (in my opinion) as structures commonly contain the most loot.  This is why most veteran Fortnite players drop to such locations at the beginning of rounds.

Also, players skydiving to the same location as you can present a new set of unique challenges so you’ll want to keep an eye on other players’ routes.

If you see that you and an enemy are skydiving closely together to the same location, break away from the player(s) and travel to a new map site.

Otherwise, you may land on-ground near the enemies, which will distract you from acquiring a weapon and gathering resources (the two most important goals at the beginning of every round).

There are lots of new skins available in Fortnite season 10 including skull demon and a female version of the drift skin. It is highly possible that some of the new skins will also be added to our Fortnite rare skins list. Keeping up to date with these skins, and understanding which ones are rare, is right up there on our list of pro tips Fortnite players should take notice of. Familiarizing yourself with rare Fortnite skins will certainly help you to master the game and become a more advanced player.

Learning the “sounds” of chests will drastically improve your in-game performance and competitive edge. I have added this to the list of Fortnite console tips as it makes the job of identifying chests much easier. If you can successfully locate chests containing high-value equipment and weaponry, then you are more likely to gain an advantage over your enemies.

Chests emit a magical tingling sound that gets louder based on its proximity to players.  The closer to the chest you are the louder the sound becomes.

Chests usually contain a minimum of one useful item, sometimes a high-level item, and the best Fortnite weapons to use in-game.

Gear has six unique colors and it’ll be helpful for your game-play performance to learn them (so you can avoid wasting time on picking up a blue equipment item when you already have a purple set).

There are six class colors, including:

Learn the colors, remember the sounds, and you’ll find yourself equipped with better gear throughout more of your game-play.

Remain protected as much as possible

This one may be obvious to some, but I would group this into the Fortnite advanced tips category.

However, believe it or not, I’m amazed at how often I see Fortnite players running around in the open where they’re susceptible to incoming attacks from all angles.

At all costs, do your best to avoid running in open areas as doing so will make you easily visible to opponents.  Stay in cover as much as you can.  If you find yourself needing to make a cross-country journey ensure you stay close to cover throughout the trek (hugging buildings for example).

Unlimited sprint makes it easier to get where you’re going more quickly so don’t leisure!

One small technique I use to be incognito is to lie in bushes.  This is why I don’t use the bush disguise item as it could be spotted more easily since I’d be a larger target.

Many times, you can camp in a bush and even with your head exposed will see enemies walk right on by (easy targets).

While this isn’t the most honorable way to earn a kill, if you’re on low health and can’t sustain taking any damage, what’s a better way to ensure a turnaround?