First get to the world 3-1 and become super Mario. End of the level you will see two turtles coming down the stairs before the end flag. Jumping over the first one will cause it to hit the star. Then you have to keep yourself off the ground for the unlimited 1-ups.

Go to the world 1-2. Break the two blocks at the end touching the pipe that leads to the flag. You will go through the wall and pipe into a zone. Jump down to the first pipe and then you will be in the negative world.

This will be a pretty commonly known secret. If you have touched the flagpole of any level then you will get that amount of fireworks.

To warp to the world 6, 7 or 8 during the world 4-2 then go to the place where the blocks will be seen. Jump below the third block to reveal a secret block. The position of the two

revealed blocks will be a stair from right to left. Climb until you have reached the daylight again. 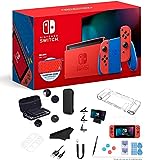 If you walk along the sea floor then bloopers will never kill you because they will be forced back before you hit the floor.

To access this warp you have to be super Mario. Go to the pipe at the end of the level and you have to jump on top of it. Mario will slide through the pipe and the bricks. This will take you to the world 5.

This will work with the mushrooms and fire flowers. This will reveal a power-up from any block. Super Mario will be transitioning to the next power up and Mario will jump in mid-air. 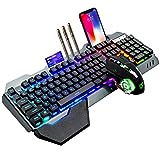