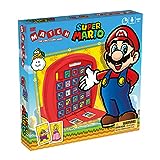 Gamer wars are way more interesting than what you think. These get gamer crazy all over them, and as we know, gaming is a profitable industry, (if one takes it seriously) the fact is, games have churned out some great franchises, and we are going to discuss a particular one.

This franchise is said to be the grandfather of the gaming industry and has laid the foundation of modern gaming in many ways. It was simple yet defined gaming for all to come. The simple combination of charge ups and design made the jumping game all more interesting. Yes, you are getting the vibe here, we are talking about Mario and how it managed to stay loyal to its parent platform over the past decades.

Mario has established itself as the bestselling franchise of gaming and lacked any cheesy material. Everything was basic and simple; this may be why everyone loved it.

Following we are going to research the original series and how it stayed loyal to the brand after decades since its inception. We are also going to shed some light on the fact that it’s going to mark its debut on some other platforms other than usual.

Shigeru Miyamoto created Mario, the Italian plumber that hails from the Mushroom Kingdom. This jump-man is heavily influenced by Popeye and the likely love triangle of Olive Oyl and Bluto that laid the basis of Mario’s story. The character was first introduced in Donkey Kong that had a damsel in distress story.

The first game saw him saving his love, Pauline from Donkey Kong (Titular Villain). In later years, Pauline was replaced by the Princess Peach in Super Mario Bros, but Pauline saw a comeback in 1994 remake of the original game, and March of the Minis in 2006. Afterward, she is credited as one of Mario’s Friend.

Mario has appeared in more than 200 games since his inception and has served as the Nintendo’s mascot for his eternity.

The character is described as a Short and pudgy plumber who is an Italian descent. Most of his story-arch includes him rescuing a female love interest (Princess Peach) from the villain (Bowser, Wario, Donkey Kong and others). Looking forward to the great reception, the company shortly introduced his brother (likely sidekick), Luigi.

Mario was created with Donkey Kong as Nintendo’s attempt to create a bestseller.  With previous attempt “Sheriff” being a moderate success, the company needed a way to compete with the likes of Pac-Man. Mario was an instant success with the Japanese market but had to go through a few changes before it was introduced to the American Consumer.

In his early days, the protagonist remained unnamed in Japanese release and was commonly referred as the “Jumpman.” The character was originally named as Mr. Video but was changed and named after the Landlord of Nintendo’s American warehouse, Mario Segale. There were some rent issues with the owner segale and he brought it up to Minoru Arakawa. This was followed by the employees convincing Segale he would be paid, and the company opted to use his name.

No doubt if the character had named as Mr. Video, it would never have been successful. Miyamoto added to the legacy of Mario by saying his profession was carefully chosen to blend with the game design.  At first, Mario was a carpenter in Donkey Kong due to the construction site design; the profession later changed to a plumber in Mario Bros.

An interesting fact is the surname of this character was never revealed. In an interview, the company said his name is “Mario Mario” and was affirmed after Satoru Iwata’s unfortunate demise in 2015.  According to some early notes, it is said that Mario lacked the ability to jump in the first draft, but it was changed after heavy rework on the game design.

Today, Mario has become one of the biggest names in Gaming Industry. It helped Nintendo achieve critical acclaim and helped to boost sales of its products since it was first released. Mario games are praised for their simplicity and engaging gameplay. It remained as the flagship from Nintendo and had a big role over the course of history to promote their consoles.

Mario is named as the best franchise of all times by different portals. It also gained the top spots by different gaming awards and has been listed in the best game lists throughout the decades. It introduced a new arch type for gaming and had the best transition from 2D to 3D in history.

Of all the games released in the series, Super Mario Galaxy and its sequel remain the most acclaimed game. Moreover, Mario games remain one of the highest rated games of all times.

Answer to The Question Along with Reasons Why

Enough said about Mario and his legacy, let’s talk about the reason we are here. Do they have Mario games for Xbox 360? The answer to your question is, No! Unfortunately a Super Mario Xbox 360 edition has never been produced.  As unfortunate as it sounds, Nintendo has a sound reason for that.

Mario on Other Platforms

The Mario games are hardly introduced for any platform outside out of Nintendo’s product line. The game was never introduced to PlayStation as well. It was made for PC in the past but never marks Windows as its official platform.

The game always remained loyal to its parent platform family. It can’t be justified as the company being not open minded, instead, it’s all about brand loyalty. We will expand that answer by adding a few good franchises and how they stayed loyal to their platform throughout the years.

There is no argument over the fact that both these consoles have their own distinct titles and great releases. This selection of games is what sets them apart! If one of the flagship titles is released for another platform, it will kill the console. This is what Nintendo tries to achieve here. Nintendo dates far back as compared to the modern consoles. PlayStation was introduced in late 1990’s, and Xbox was introduced in early 2000’s where Nintendo consoles date back to 1970’s.

Nintendo as a brand dates back to 1880’s while Sony was founded in 1946 and Microsoft in 1971, this makes Nintendo not a great name in the gaming industry, but one of the pioneers who helped to define it throughout the years. Back in 70’s, Atari and Nintendo were the big names of the gaming world. This is changed after 40 years. But the fact remains, Nintendo still has some great trick up sleeves where the world rarely saw anything from Atari in the recent years.

Nintendo might not have some industry leading releases in the past year, but it really holds itself in the market with notable releases like Wii and 3Ds. Throughout the whole period, Mario franchise has played a vital role to keep the console family related gamer’s best interest. Sure, the family had some other great titles than Mario, but they never will be as crucial as the Italian plumber. Their story arch will never define Nintendo and gaming itself than the plumber jump man.

So, the Italian plumber is better off promoting the parent platform it rose to fame with. This teaches us a thing or two about loyalty.

As it is clearly said above, Mario was never released on any platform that was not of Nintendo’s. This holds the truths and the only way to suffice your addiction (if you are a Mario fan) then you have to keep up with the latest consoles of the Japanese brand if you want to keep up with the franchise, or else you can settle with dirt.

The game and products of the company are not a bad concept, they both are keeping each other relevant to the market. Nintendo as a company was never into too much violence, or gore games as you can find today. This is not the case with Nintendo, and the company aims to keep this gaming mindset for years to come

Mario and Other Platforms

As said many times, since the inception of this character, his loyalty towards the brand was never changed till this date and this is rather impressive. Mario never changed his way after 30 years since his introduction. The franchise enlisted itself on many lists of games that changed the face of the industry, but it never forgot the roots. This is something we don’t see very often.

It’s very successful for what it already has, so no need to take the unwanted risk. Speaking of platforms, Mario has been released on; we are giving a list, most of it will be Nintendo Products. So no surprises!

Mario, its sequels, and spin-offs, all of them have been officially released on the given platforms, none other than these. Seeing the rise of mobile games and how dominant the smartphones have become, it was time to get into the competition

The game designed according to the platforms and once again the games never failed to exceed expectations.

While the official releases don’t cater to any platforms other than Nintendo, there are some codes and variations that help the user to introduce a port or something. This is no surprise gamers always managed to find a new port if the original release didn’t cover too many platforms. This helped a wider audience for the game even though it was not permitted ever.

Still, the practice was large, and it helped people enjoy the game despite what platform they were using. There are many ports for PC and were extensive used. The same can be said about Xbox, but there are no reports of a reliable port. However, there is an interesting piece of news.

According to a report that surfaced in late 2016, It was said that Phil Spencer (of Microsoft) said that Microsoft is looking to partner with Nintendo to bring out a mario xbox 360 version, as well as a Windows edition.

He added, Nintendo had the best first party games and it’s time to see some of that on Xbox.  He further added that Nintendo is beyond comparison and their products have instilled good memories for everyone of us. We want some action of that on Xbox.

With Microsoft porting Minecraft to Wii U, there is no doubt that Nintendo will return the favor. Mario is already in Minecraft, thanks to a skin pack. We may also see Banjo Kazooie, Princess Peach, and Luigi sooner on Xbox and PC than we expected all of it is in a good sense. So we hope for the best.

Well, speculations are building up for what this partnership will have in store for us. So, people are ready to see what the result will be, and we have high hopes for it.