What is Royale High?

Royale High is a game on Roblox which mainly focuses on travelling to different realms, dressing up in fancy cool outfits and role playing with friends.

At the time of writing, there are 112,000 people playing Royale High and it has a total of 3.8 Billion visitors in total, despite only being created in 2017.

What is a Royale High Realm?

A Royale High Realm is a place where you can go in Royale High. For example, you might go to a Realm to go to your school, or to relax in your apartment. If you are doing certain activities such as role playing with friends or taking part in beauty pageants you would also go to a particular Realm for that – in the case of beauty pageants, the Realm would be Sunset Island.

There are 3 different types of Realms

What Realms are There in Royal High?

Now you know about Royale High and the different types of Realms that are featured in the game, its time to go through the most popular Realms in detail.

Every player has their own apartment and unlike Adopt Me, your apartment is already decorated for you; you can just choose the color scheme. You can do a lot of things in the apartment such as sleeping (which can earn you level XP), making tea and hot chocolate (which doesn’t really do much, but its fun!) and have a bath as well as other day to day stuff. Basically, it is like a living area.

Only your friends can get into your apartment, unless you turn on do not disturb mode, in which case nobody can get in.

The Autumn Town Realm was a temporary Royale High Halloween realm for 2017 and 2019. This Realm was a seasonal Realm released specifically for Halloween and is no longer available. However, it may come back next Halloween, we will have to wait and see.

In this Realm there were a lot of houses where you could go trick-or-treating for candy – which could get you accessories – and there was also a maze. 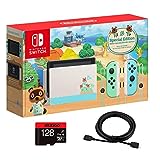 In Battle a La Royale you can earn a lot of diamonds. Basically, there is an archery contest, there are two teams and you battle each other with a bow and arrow. When you shoot another player with an arrow, they get frozen and the other teammate must tap them in order to revive them. If they take too long, then you get put out and must wait until the next round to start again.

If you are on the winning team then you receive diamonds as a reward for winning the battle.

The Beach House was released just a few days ago, on the 17th of June on some devices and on the 19th of June for Apple iOS platform. On the first floor there is just a big dining table and a bar where you can get drinks. The second floor is basically an indoor balcony and it is mostly empty, apart from four large cushions that you can sit on.

In the Royale High Christmas Realm (Also known as Christmas Town) there are many buildings including a clocktower, a bunch of tiny houses and a café. In the café you can order drinks for 5 diamonds. All the other buildings are mainly for decoration.

In the realm there was also a train that goes around the map and it would take you through various ice tunnels around the realm and would also take you underneath the map.

There was also a Ferris Wheel and a carousel that you could go in. Both were light blue and had snowflakes on them. There was a Christmas tree at the centre of the map which allowed players to pay 175 diamonds in exchange for decorating an ornament on the tree. The aim of this was to attract Santa who would then come the following night and drop gifts around the map. Touching one of these gifts would give you a random reward item that you could wear, but you were only allowed one item per gift wave and once you got one gift you would have to wait until the next night to get another one.

The status of this Realm is retired, this is since it was a seasonal Realm and only available at Christmas time. There is no definitive answer as to whether this Realm will return at any point in the future.

Diamond Beach is sort of like the beach house – as soon as you press play for Royale High on Roblox you would instantly get teleported to Diamond Beach.

The Beach had a lighthouse which had a functional elevator inside which worked. The ocean had a tonne of fish and seaweed inside of it. On the edge of the ocean there was a tunnel that lead to a secret room. In the room was just a seat and a radio on which you could play songs.

Diamonds would also span under the sea, but the most you could get at any one time would be 20.

Divinia Realm was said to be a lobby. As soon as you went into the game and pressed play instead of Teleport, you would sporn there. It was meant to be a more functional Realm than that of the Earth Realm. There was a designer boutique as well as an unnamed store.

In the unnamed store, there was a guard at the front who would try talking to you if you went into the store. But if you tried going in, the guard would stop you and say that the building is still under construction and that he does not know what it is going to be.

After the Independence Day (Canada day) update was over, the guards story changed to say that he did not know what it was going to be and that it was perhaps never being built in the first place.

This is like the lucky spin wheel that we have today in the Earth Realm, except that it has a different name. The Town Wheel got removed after Divinia said they were going to be removed but it was then brought back when the Earth Realm was created, as a daily reward feature.

One of the main features in the Town Wheel was the mysterious grumpy voice where if you would try and knock on the door of the hidden house, a grumpy voice would say “curious what lies behind my door are you? Too bad, you will not find out unless you have the password, which is impossible to know yet”.

There were several other locations in the Divinia Realm including Divinia Gate, Leader board, The Auction House, and The Fountain of Dreams.

Divinia park is where the Fountain Of Dreams is located, there you can sit on the ledge of the fountain, tap on it and you will be granted with a story with options to choose to progress through the story. If you are lucky, you will be granted a halo (an extremely rare item that floats above your head.) At the time of writing, the current halo is the Spring 2020 Halo. You can also lose diamonds, be granted diamonds or XP.

The Earth Realm is the place where you can do your daily spin on the Lucky Spin Wheel, go shopping, go inside an NPC’s car, or walk to Divinia Park. You can also go to Moonlight Square and go clothes shopping, watch the parade, or go to the café.

The Enchantix High Realm is a school for fairies and mermaids, where you can choose an element, get elemental powers, and stay in your elemental dorm. The Dark dorm even has a prison cell in the basement! You can go to classes, or just relax in your dorm.

The Fantasia Getaway Resort is like a hotel, where you can pay 100 or so diamonds to stay in a room, apart from that, there is not much else you can do there.

The Intergalactic Trading Hub Realm is a place where people with 75+ levels can go to trade items or diamonds. However, some items are not tradeable, like the Midnight Mademoiselle skirt.

The Moonlight Square Realm is a place that you can only access through The Earth Realm, where you can shop, watch the parade, (Which never seems to show up when its supposed too) or eat at the café. There is not really anything else you can do there.

Also known as the Royale High University Realm, the Royale High New Campus is similar to Enchantix High except you don’t get to choose an elemental power but you can grab books from your locker to bring to a lesson in order to get good marks. There are more lessons and there is breakfast, lunch, and dinner.

Every night at 6pm there is a notice that comes up to say that the Royale High Dance will start at 8pm. At the ball there are waiters from whom you can take food and eat.

Sunset Island is an Island where you can do pageants. If you come third place in a pageant you get 200 diamonds. If you come second you get 400 diamonds and if you come first, you get 1000 diamonds. So, this Realm is very popular with any players who are trying to get more Diamonds for themselves.

Once you sign up for the pageant you get a popup on screen showing you what the theme is going to be and after you see that popup you have about 9 minutes to get ready. Once the timer runs out the pageant will start, and every vote is equivalent to about 30 diamonds. You can vote 3 people per pageant.

How to Get Diamonds in Royale High