Roblox is a gaming platform that is known exclusively for hosting user-created games. All of their games are created using their game development tools. Due to its simplicity of use, over 50 million players play Roblox, make games, and share games.

However, with many games that may differ when it comes to their exact theme and design, it’s easy to miss out on some games, which is why we have made a list of Roblox games, many of which are different in terms of their concept and style. There are, in fact, many good games, but this list includes some of our favorites.

Hide and Seek Extreme – Either hide or seek other players

As part of 2 groups, you play online with other players in the game. Are you seeking or hiding? If you are seeking, it usually means that you are “It” and you are responsible for hunting other players on the map. If you want to hide, there will be a time-limit you get when the round starts to hide in a safe spot — currently, the game is sitting at 1.1 billion views, making it one of the most popular games.

It would be best if you had a little more fun in the games you play. If that’s the case, Counter Blox may be something you can try. This 5 versus 5 Counter-Strike shooting game sends players into battle in different game modes and on various maps. It is similar to Counter-Strike in terms of shooting, visual effects, and movement. Counter Blox is updated with new content daily, such as new gears and maps. This game is an excellent example of Counter-strike as it involves in-game shopping and allows players to purchase items to give them a slight advantage against other players.

Royale High is one of the most popular games within Roblox and at the time of writing has over 2.4 billion plays. Royale High is made up of different Realms in which your character can roam freely. In the game you can socialise with others, spend time in your home or apartment or you can even spend your time mining diamonds.

You may have heard of “Work in a Pizza Place” if you’ve played Roblox before. This is a game that allows you to work as a pizzeria worker. Your goal is to complete the customers’ orders correctly and take in money, which in return can help expand your store and progress in terms of development. This game offers several different roles, and you can choose from being a guy that delivers to being a cashier. This game has 2.5 billion hits, making it very popular in the Roblox community.

Have you always had the desire to build your very own theme park? If that’s the case, you will most definitely like this popular game. This game is a simulation of a park, although it has been a while since the last RollerCoaster Tycoon game, Theme Park Tycoon 2 is an absolutely noteworthy game to fill that gap. It is an extremely complicated game that will enable you to build roller coasters for the participants of your theme park to enjoy. There is a bit of morbidity and satisfaction in sending the riders through infinite-loops, but it’s all for the purpose of entertainment, right?

Jailbreak – Break out of prison, buy vehicles, and rob banks

What started with the simple notion of “how about we build a game about prison escape?” quickly became one of Roblox’s most trending games. With 3.8 billion views, “Jail Break” is a top-rated game that puts your criminal abilities to the test. Trying to escape from prison and keeping away from authorities is not your only goal. Your task is to improve your character, accumulate money in the city, and buy vehicles to achieve your goals. Since this is one of the most popular games, you will find persistent updates and issues being fixed to attract more players.

Playing action-type games can be exhausting, so this is where a game like this comes in. It’s set out as a “social / RPG game,” where you can join massive servers and play with other users. MeepCity is similar to Disney’s Toontown and Club Penguin, which clearly explains the features that were influenced from both the games. You can hang out with your friends, sell flowers, and collect movables for your home, just like in Animal Crossing from Nintendo: New Horizons.

If you’ve played modern FPS shooting games, you probably know about the Infected mode. Murder Mystery 2 works similarly but adds some style. You’ll spawn as three different roles: innocent, killer, or sheriff. Depending on the purpose of your character, your objectives will change. The killer has to kill, and the sheriff must stop the killer. The innocent have the task of finding the killer and telling the sheriff about it. This is a very complex multiplayer game; however, with 2.8 billion hits, it doesn’t seem to distract people from its complexity.

RooM – A game that is very similar to classic DOOM

In case you’re wondering, RooM is similar to DOOM, and both of them look identical. You will be able to do all the things you would expect, like collecting power-ups, killing demons, and jamming to a metal soundtrack that rocks. This game had some issues with copyright in the past for various reasons, but you can now play it on Roblox.

Welcome to Bloxburg – Similar to The Sims, a life simulation game

This game is similar to “The Sims,” offering a simulation in which you will have to live your life, work, and build your house. It is a premium pay game still in beta testing. However, it is as complete as the most popular games in the Roblox community. Before building a house, you need to earn money by taking part in one of the 12 tasks, such as being a woodcutter, hairdresser, or a cashier. You will have to make money to develop your home, buy vehicles, and other purchases to improve your life. With 2.4 billion hits, this game is undoubtedly attracting players through constant in-game improvements.

Adopt me! – Adopt animals, feed them and take care of them

At 8.5 billion hits, this game is the most top-rated from the other games mentioned above. Who wouldn’t want to adopt adorable animals like cats, monkeys, and dogs? In this role-playing game, you can design your own house and take care of your pet. You have to feed, wash, and play with your pets to make sure they are healthy, and you will receive a cash reward only if you do a great job. Why doesn’t this work in real life? The developer of this game hopes that it will encourage its users to adopt pets all over the world.

How to Get Diamonds in Royale High 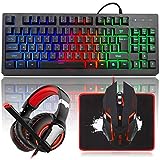