At first, the super Mario bros game was released in the year September 13, 1985, and this

game comes with two modes. They are as follows,

In the new super Mario bros, there are four players that include Mario, Luigi, and two toads. Moreover, some others from the mushroom kingdom make some visibility throughout the game. 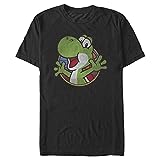 If you’re playing the super Mario bros in a multiplayer mode, then you’ll be ranked at the end of the each game. The ranking is based on the number of coins that the player have.

What is called the new super Mario bros Wii? 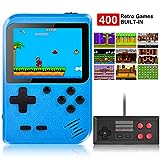